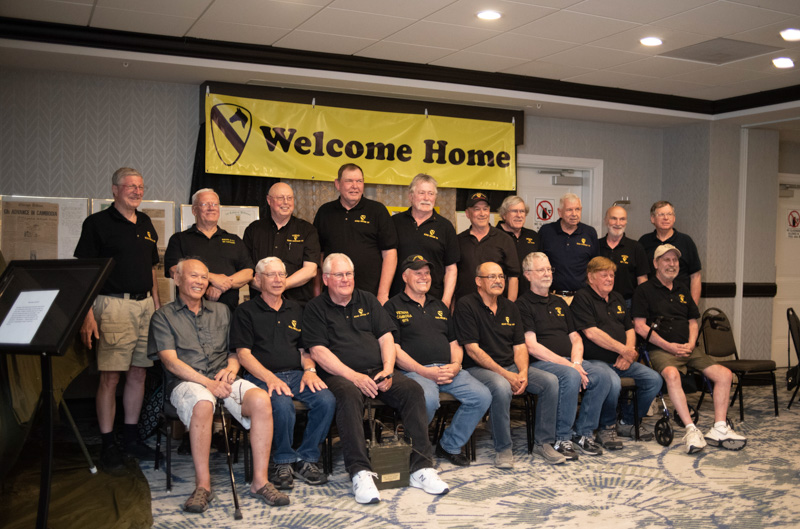 I was never at Eagle, but now have heard a few stories about the place and thought it worth posting. Hopefully this will generate some comments.

From what I’ve heard this must have been a miserable place, with heavy rains during the time Echo Company was there, in August and September of 1969. They were under constant attack, the NVA were using their big 120mm mortars and 122mm rockets. The rockets were a simple but effective weapon. They could be fired from crude bamboo launchers, but were no joke, as the guys who were there will tell you.

Bob Turay mentioned these heavy mortars in the Echo Newsletter when describing the attack early in the morning of August 26th. The NVA were zeroed in and their first rounds were aimed at the howitzers and mortar pits. They managed to take out an artillery battery and were sending 100’s of attackers at the base, so the Echo mortars played a key role in repelling the attack. Bob said he was relieving Bill Summerlin at the moment the attack started so there were two of them in the pit and were able to traverse and fire more quickly than if only one of them had been there. They fired 20 to 30 rounds into the attacking wave, saw that they were on target and continued firing HE rounds into the enemy in the wire. He said there were some incredible “near misses” as enemy mortars and rockets landed near the gun pit and even into one of the ammo stacks but somehow not setting off all the HE and white phosphorus rounds stored there! Damn! That’s some scary stuff there! I believe this is the night that Bob earned a Silver Star.

The 1st Cav Troopers were able to beat off the attack with very little air support or artillery. The importance of the Echo mortars can’t be over emphasized. Bob has said the were two U.S. KIA and over 20 wounded.

Paul “Souixie” Connolly was also at Eagle during this time. He had just been “volunteered” from Charlie Co. to Recon. One night the NVA fired a 120mm round into the base and killed two members of Recon who were sleeping at the time.

Damn it, I don’t remember hearing this before.

Everyone was upset by this and there was no hesitation by anyone in the platoon when they were sent out to track the NVA down. Paul said Recon could find the trail of the enemy mortar platoon because it was obvious where they had to drag the heavy mortar through the mud in places…but somehow the NVA had enough of a head start and managed to stay ahead of Recon as they slogged through the rain and muck.

It was a miserable time and frustrating as the enemy was able to “give them the slip”, despite being burdened with their heavy mortar.

In a related story, Soiuxie mentioned they encountered some of the enemy mortar platoon near the rubber plantation. This was a little later in the year. Paul said Recon had walked off Eagle and were headed down an old road towards the plantation. Moving from the road they headed onto some nearby trails finally coming to an intersection of sorts where they could see footprints all heading one direction. Paul is squad leader by this time and has said they had point that day.

I believe the squad members were as follows: Dob-point man, Chet Walker-back up, Jordan-M60, Turkey-RTO, Hayden, Arty and Cossell-riflemen. “Rock” Foley may have been carrying the M79 at this time. Not sure on that. Not sure at what point Dave Martin would have joined the squad.

Paul’s squad is headed up the trail.

Further back down the file, Lt. MacVittie has stopped for a moment to adjust his gear. Then looking up he sees two NVA carrying 120mm mortar rounds coming down the other trail. He fires his M16 at them but it jams up! He carried a revolver which he pulls out and starts taking some shots at them but it’s too late.

Meanwhile, Paul’s squad had stopped where they were and puzzled by the lone rifle shot followed by the pop, pop of the .38, they are all wondering what the hell is going on! They quickly get the word to hightail it back down the trail, but of course it is all over by the time they get there.

The wily gooks have escaped again and disappeared into the jungle.