On this Veterans Day I am reminded of the bravery and sacrifice of the helicopter pilots who served in Viet Nam and all of Indochina during the years 1961 to 1975.

They hauled precious supplies of medicines , food, ammunition, mail and many other items to soldiers and marines. These could be small recon units, battalion sized forces, isolated outposts or big bases. They supported and ferried ARVN troops and regional forces as well as U.S. units. 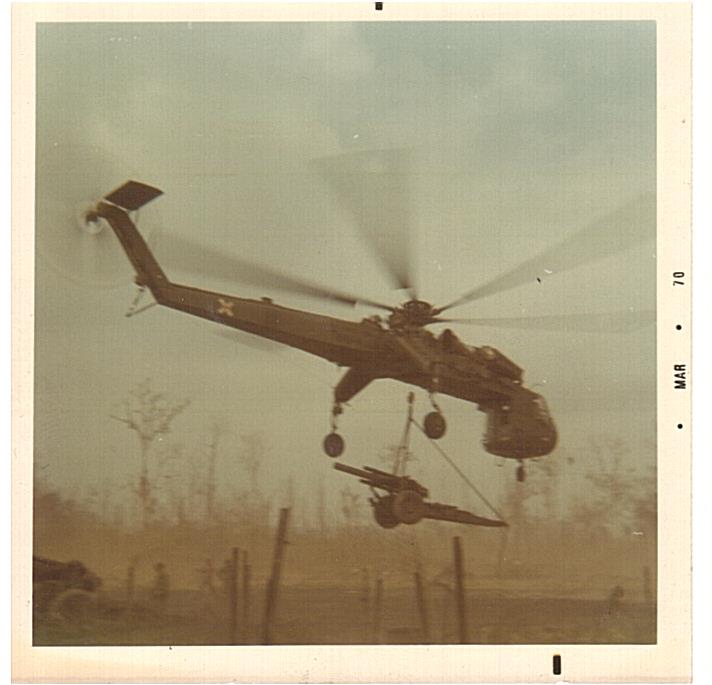 They could also deliver bulldozers or artillery pieces with the big birds, the Chinooks and in this case, the Sky Crane. This looks like they are bringing in a 155mm howitzer to a firebase. Ok, it might be a 105mm. Not sure. 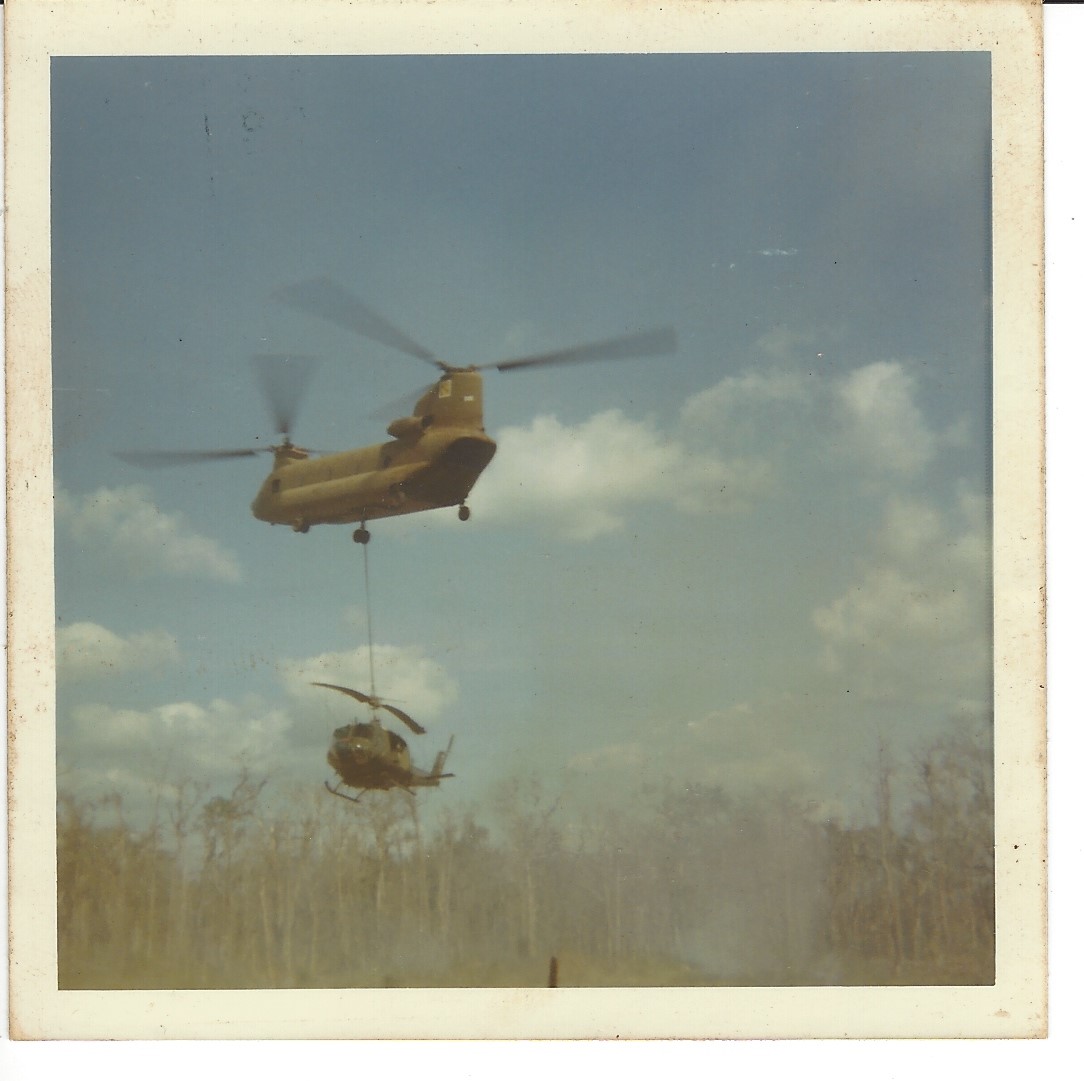 They also carried the shot down and the shot up. The wounded and the dead. For the wounded it could be a life saving flight, for the dead it would be the first leg of the long trip home. 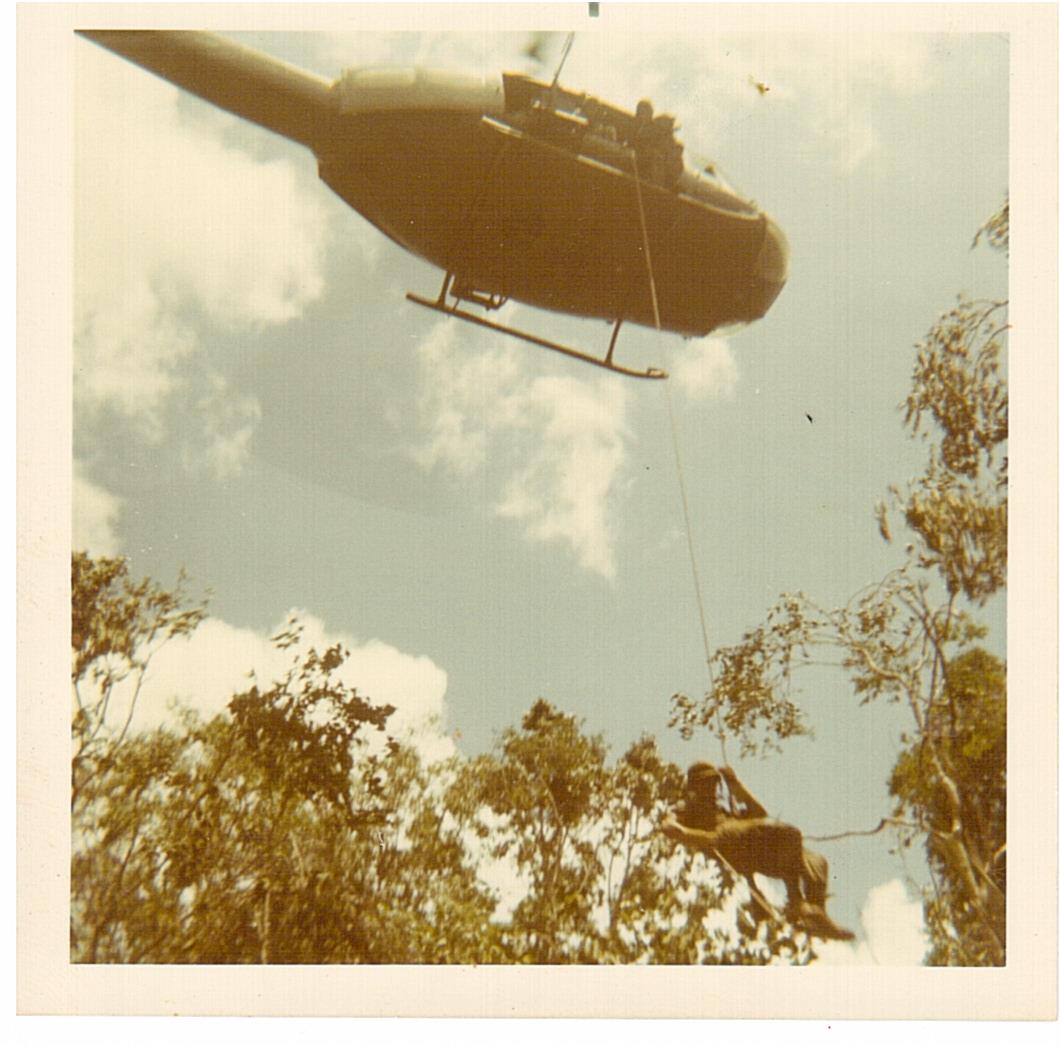 They could drop off individual soldiers into heavy jungle where there was no place to land. In this case a combat engineer coming into help build LZ Salty. 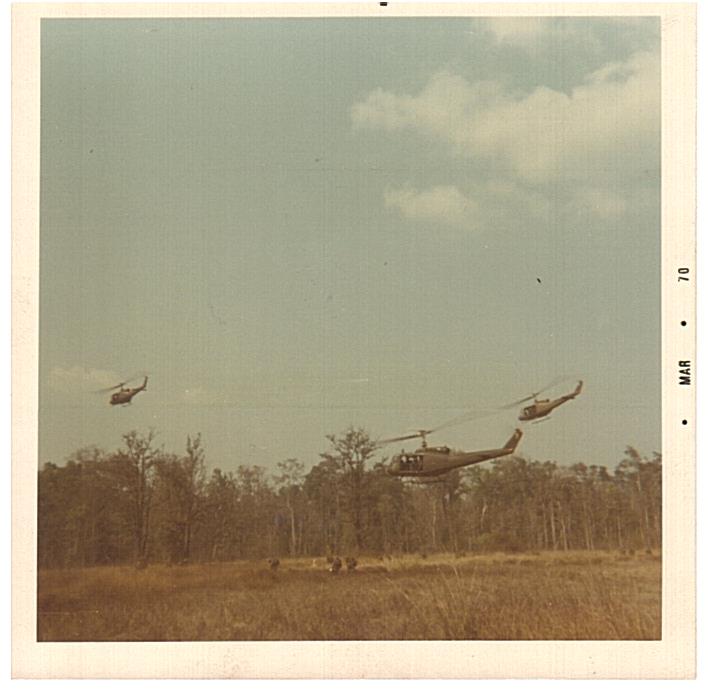 Members of Echo Recon just off loaded from an “Eagle Flight”. I think typically these pilots and their “birds” were from the 1st Squadron of the 9th Cavalry, but I will check on that. There were many aviation units supporting the 1st Air Cav. The 229th Aviation Battalion was one. Any info or comments would be appreciated.

Don’t forget the Cobra Gunships, the “Blue Max” or ARA…Aerial Rocket Artillery. Those guys saved our ass more than once!

The medevac pilots, the low bird reconnaissance pilots, the mechanics and ground crews, I’m in your debt.

In most cases I believe they were Warrant Officers, in other words, not commissioned. Whoever they were, commissioned or otherwise, I’m filling my glass and toasting ya’ll. Thanks again.