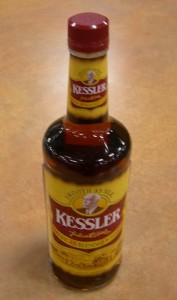 After arriving back at FSB Nancy, I unpacked and placed that bottle on a shelf in the bunker that Cossey and I shared with Dob. The next morning we were informed the Colonel would be inspecting the men’s quarters. When the hell did the Battalion CO ever inspect the bunkers and hootches? Well, today was the day and he took my bottle of whiskey! I didn’t think to hide it; forgetting of course, that enlisted men were forbidden to possess hard liquor.