Stallion and Janet joined Hutch and Steve for a few days in September, 2001.

Arriving on September 15, just days after the WTC attack, none of us knew what to expect. But following NYC’s mayor as well as our own instincts as New Yorkers, we decided that the best thing we could do was to press ahead and not let the terrorists win. We had a great visit, and New York City was bedecked with red, white and blue everywhere. We knew immediately that this was a visit we would not soon forget.

No autographs, please. This lady’s at liberty 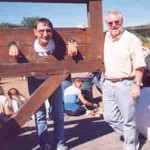 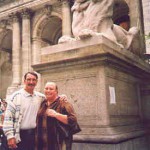 In front of the NYC Public Library Lions 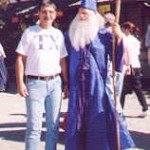 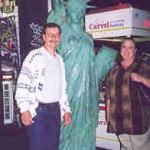 Stallion, “Gee, I thought she would be taller.” 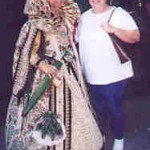 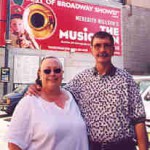 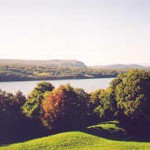 North of NYC at the Vanderbilt mansion 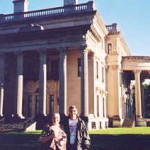 North of NYC at the Vanderbilt mansion

The lights didn’t go out on Broadway

The site of the attack from Staten Island Ferry

Thanks to Robert and Janet for helping New York, and 2 New Yorkers, get back on our feet!