You are here: Home / blog / Once Upon A Time 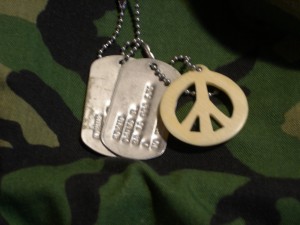 “…it stands to reason you’ve got to have a war. Not because anybody wants it, of course, but because there’s an army. Armies is for wars and wars is for armies. That’s only plain common sense.”

“All the more reason why there’s got to be a war,” said the soldier, “if we’ve been such a long time without one.”

The Wanting Seed –by Anthony Burgess

Once upon a time I was court-martialed, reduced in rank, fined and sentenced to 6 months hard labor. This was at Fort Lewis, Washington late 1969, after being AWOL for several months and refusing a direct order from a field grade officer.

This was no joke; a General Court Martial could put you in Fort Leavenworth for years. My hard labor was suspended and I was immediately sent to the overseas replacement depot to board a plane for Viet Nam. By now I had accepted my fate, which 6 months earlier I had been unable to do.

I was allowed to speak in my defense and I mentioned my deep disappointment in the fact that the Army had not honored their enlistment guarantee for my training. As a matter of fact, I had received no training at all except Basic & OJT as a personnel clerk and unit armorer. Not what I had signed up for.

This was not the real issue. The real issue for me was that the war went on despite everything. The war went on as armed forces -S.O.P.- Standard Operating Procedure.  Fighter-bombers still bombed and destroyed enemy positions and went on to destroy homes, storage sheds, women & children. Boxes would be checked that so many “structures” were eliminated, so many enemy resources destroyed. And at the end of the day, everything would be tallied up. The numbers were all there to see; we were winning the war. Surely we were winning because the enemy couldn’t possibly stand up to such punishment, a modern army, air force and navy with all their modern weaponry.

The war machine was unstoppable.

I could see that and in the end I was part of it. Just glad we were fighting uniformed soldiers and black clad VC.

But understanding what I witnessed and still fight? Why? Number one-my oath I took in the St. Louis Replacement Center. Just minutes before we were sworn in, at least a half-dozen draftees were told they would be going to the Marines. Jesus, at least they told them before the ceremony. Like, you might want to think this over…well, the draftees were going, so I was going too.

In the Hindu Upanishads, a warrior (Arjuna) loses his nerve and overcome with emotion, drops his weapons and says he won’t fight. He is counseled by Krishna, who says he must fight.

Or, boiled down to it’s essence, by the soon to be killed sergeant in the movie, Hamburger Hill, who says, “You don’t have to like it, but you have to show up.”

(What does a god say to mortal man before a battle you wonder? A lot, but this is some of it: Rise above these modes of material nature, O Arjuna. Be transcendental to all of them. Be free from all dualities and from all anxieties for gain and safety, and be established in the Self.)