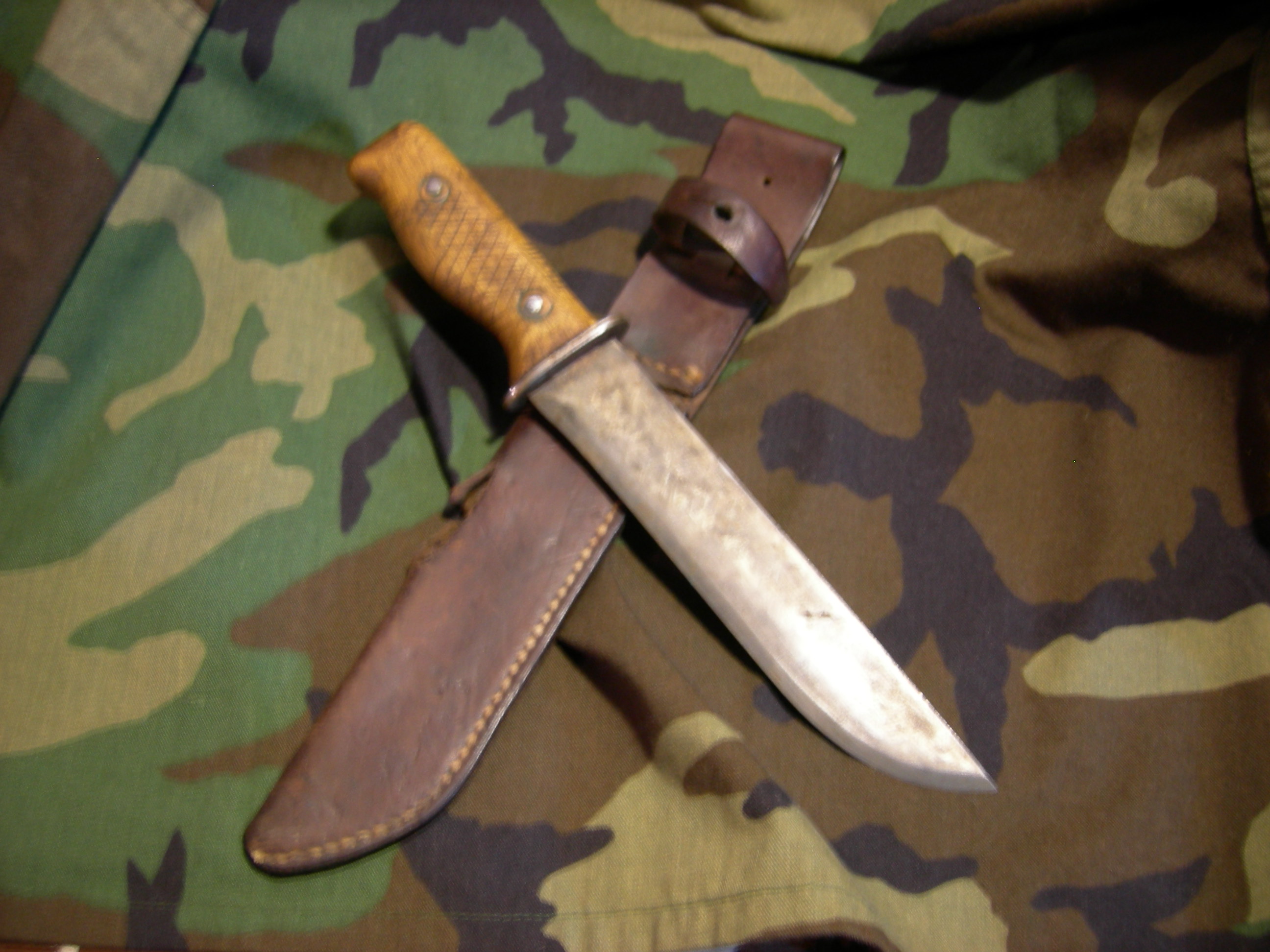 Actually taken from a North Vietnamese soldier killed by Echo Recon on May 30, 1970. The VC were really a separate force under the NLF (National Liberation Front),
but our Cambodian scouts always yelled, VC! VC! No matter who we encountered.

And the scouts didn’t always yell, unless of course they were warning everyone we had been spotted and being silent no longer mattered then.

That day started out bad and got worse. We had spent the night alongside the Ho Chi Minh Trail near a Montagnard village. We were watching the trail where it was concealed by heavy jungle and were surprised by the appearance of a NVA patrol coming on a parallel trail that was completely exposed. We just did not expect to see someone coming with complete lack of concern for cover! So we weren’t in good position when they showed up…the resulting firefight left Tim Brown dead and one NVA also. Later in the morning when we were clearing the area, I pulled a dead NVA soldier from underneath a fallen tree, where he crawled after being hit. This is his knife.

We were then ordered to move North, up the trail. The monsoon rains had started and were pouring down as I lead the platoon across an exposed ridgetop. Luckily for me and everyone the rains had lulled the NVA into taking cover…perhaps they thought no one would be moving in such a tremendous storm. So we surprised them when they should have had the advantage! Lady Luck was with me…

We were in a completely exposed position and shooting ammo like there was no tomorrow. Hutch called in artillery support from the firebase and Cobra gunships flew out in that storm and came screaming out of the sky in steep dives with rockets, cannons and miniguns all firing.

Meanwhile on the ground the LT (F. Szczebak), Cossey, Martin and Ski had all been wounded. LT was the worst with a chunk of shrapnel in his leg and we had a “slick” (Huey UH-1) come in for him and got resupplied with ammo. The NVA pulled back, leaving their dead. We crept back up the trail and recovered everyone’s backpacks that had been dropped when the shooting started. We then moved out and spent a miserable night in the rain unable to sleep as everything rewound in our heads…Tim Brown dead!

22 NVA soldiers were killed by the combination of small arms, artillery and gunships.

Cossey, Martin and Ski all had very minor shrapnel wounds from the Chicom stick grenades they were throwing at us. Martin had them in the backs of his fingers. He had been using his pack as a shield. I don’t know why they threw so many his way, but I’m glad he wasn’t seriously hurt. I’ll never forget seeing the the RPG’s and grenades that came flying from the treeline! LT recovered quickly and was later our company CO, while we finished our tours back on the firebases, where we had adventures of a more humorous nature.