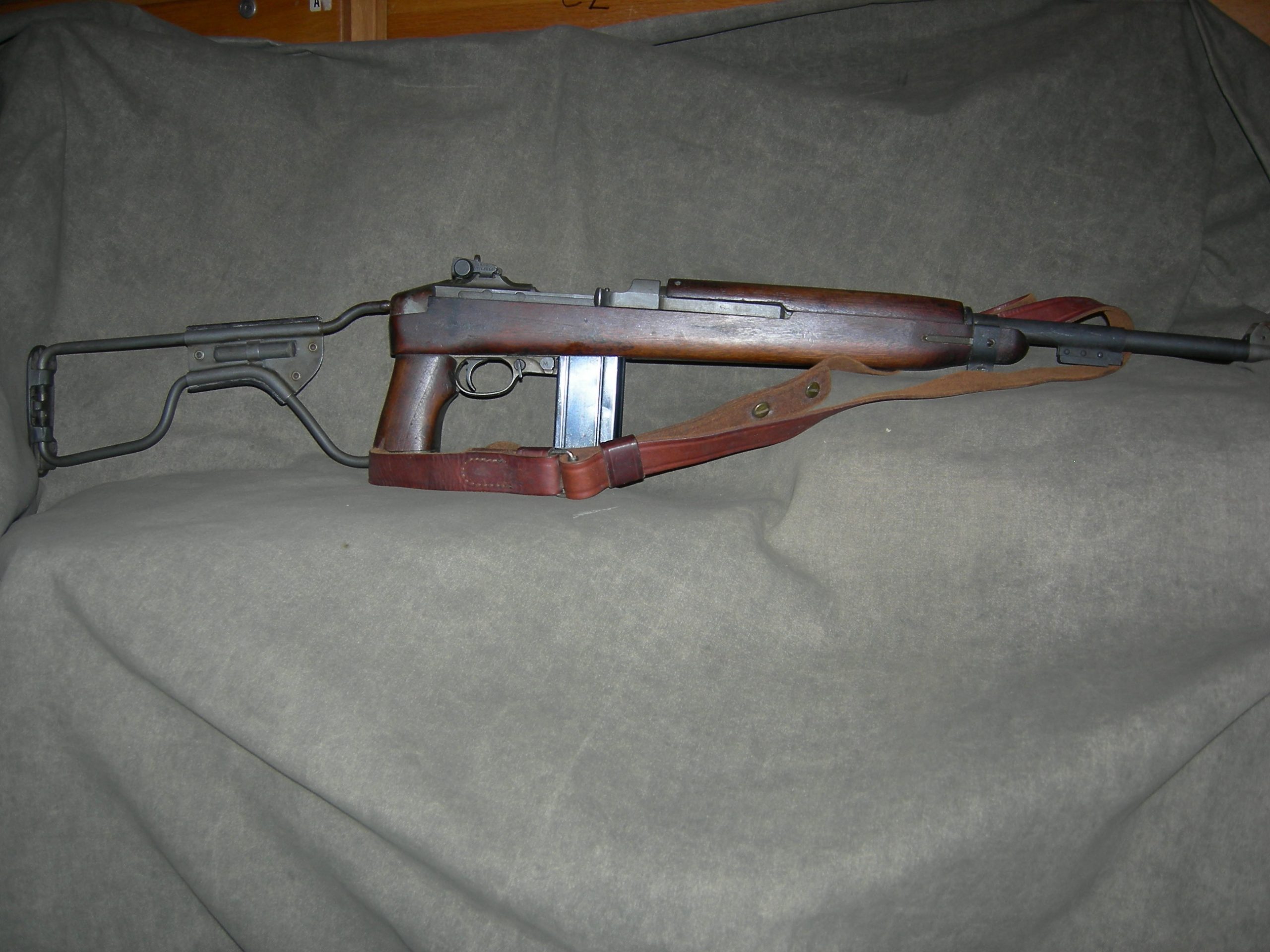 The conflicts in Vietnam saw the wide use of a variety of small arms. French firearms from the First Indochina War were still in country when US troops arrived. There was a French bolt action rifle in the arms room at FSB Nancy. The almost universal M1 Carbine, as pictured here, was used by all sides in the two conflicts. Correct me if I’m wrong but immediately after World War II, the allies, meaning the USA, helped out the Brits by issuing US firearms and gear to surrendered Japanese troops that were in Vietnam already. They were put to work to combat the Viet Minh.

You can’t make this stuff up!

Even though the French could still lay claim to Indochina, they were all “played out” by 1945 and the allies stepped in to secure the country. Incredibly interesting history here, but I was just talking ’bout the guns. 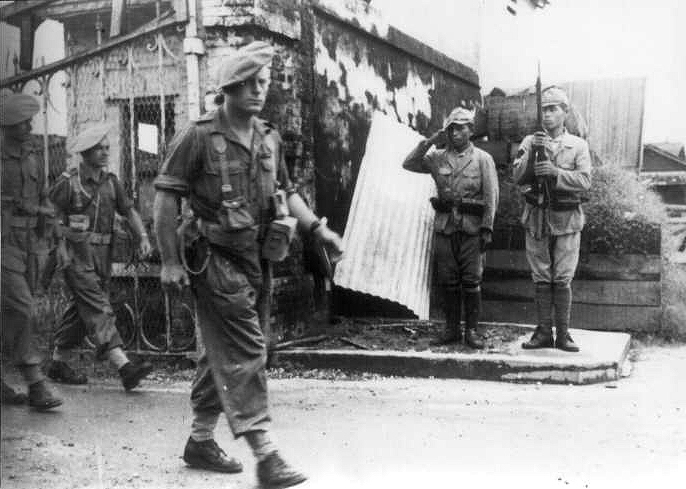 So US Garand rifles, M1 carbines, .30 caliber Browning machine guns were in the hands of Jap troops in 1945. Over the years, starting with the American involvement in the 1960’s, many more of these weapons, including many Browning Automatic Rifles were issued to South VN’s regional forces. No wonder the VC had so many firearms! As recounted in the biography of John Vann, one of the key factors in the disastrous battle of Ap Bac in 1963 was the well armed VC that ambushed the allied forces. They had Browning machine guns and automatic rifles and were shooting down helicopters and mauling the ARVN forces trying to advance. 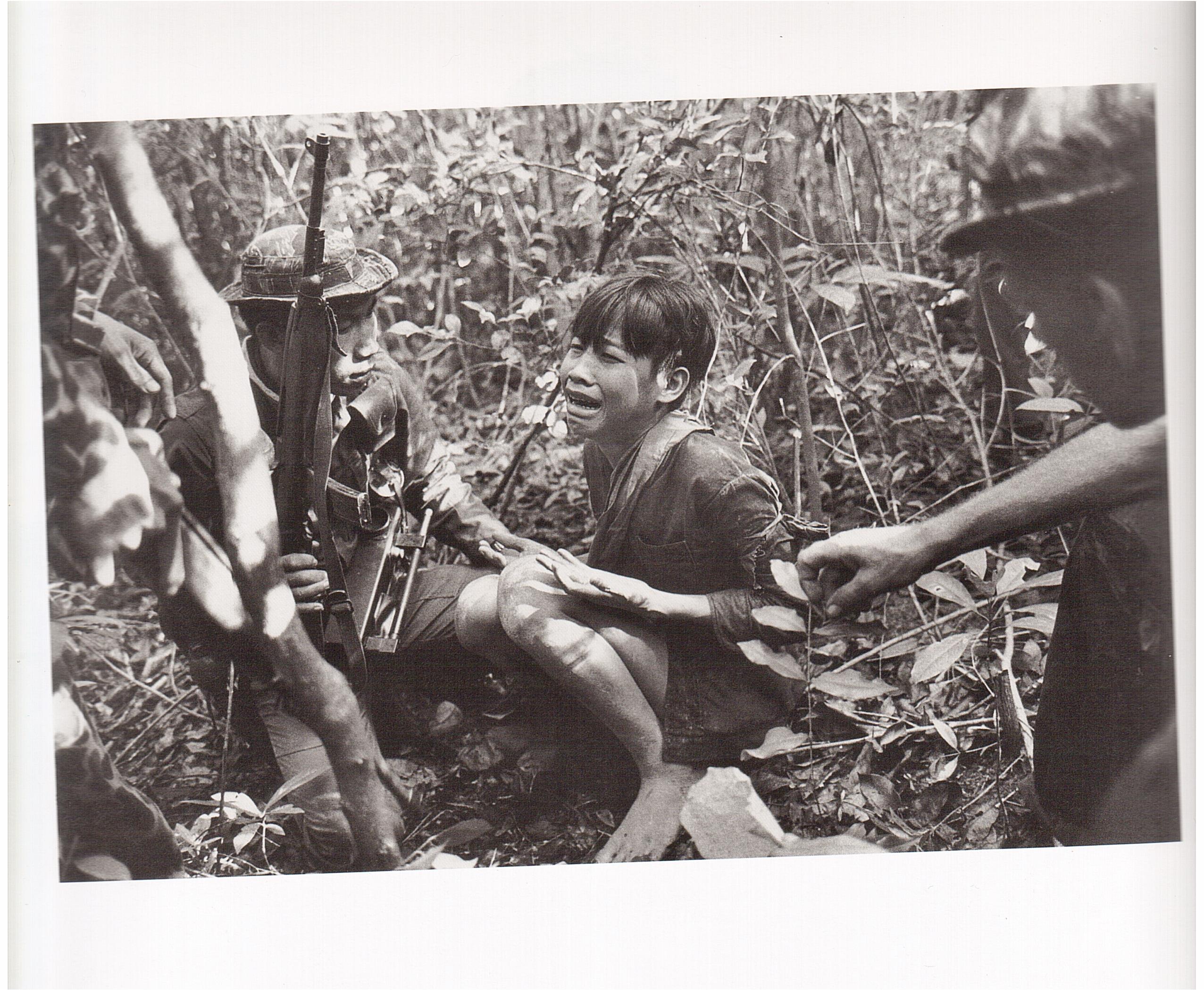 Still the issue weapon for the US infantry in the early 60’s was the M-14 rifle which really was a Garand with the addition of a 20 round magazine chambered in 7.62 mm. This cartridge had been adopted by NATO as their standard round. 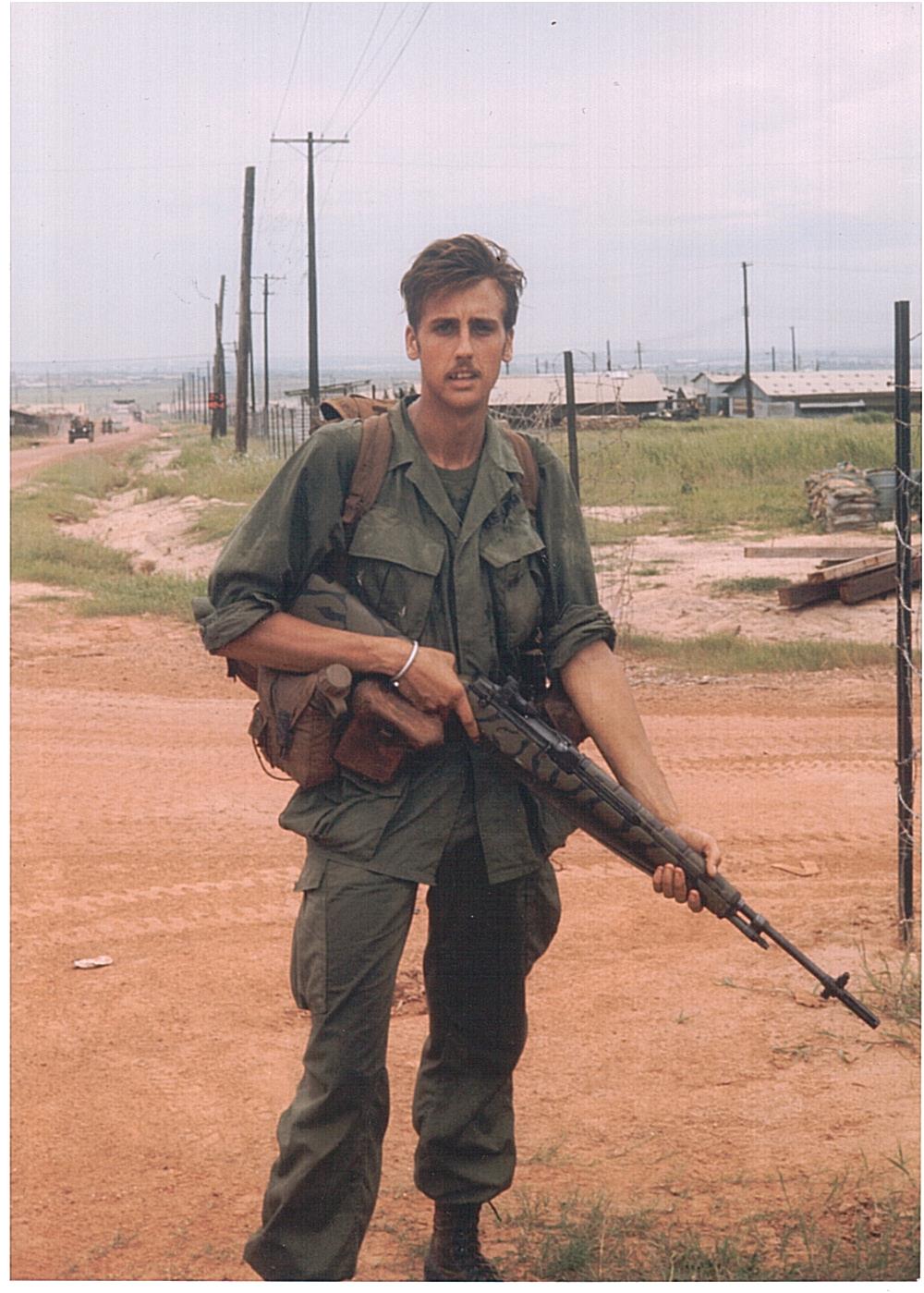 I think we all trained with the M-14 rifle back in the states. At least anyone training in the 60’s and early 70’s. The first US Forces sent to South Vietnam, the Marines, were all carrying M-14s. In addition they did have the venerable M-60 machine gun that fired the standard NATO cartridge of 7.62 mm. They also would have carried the Colt 1911 pistol in .45 in. 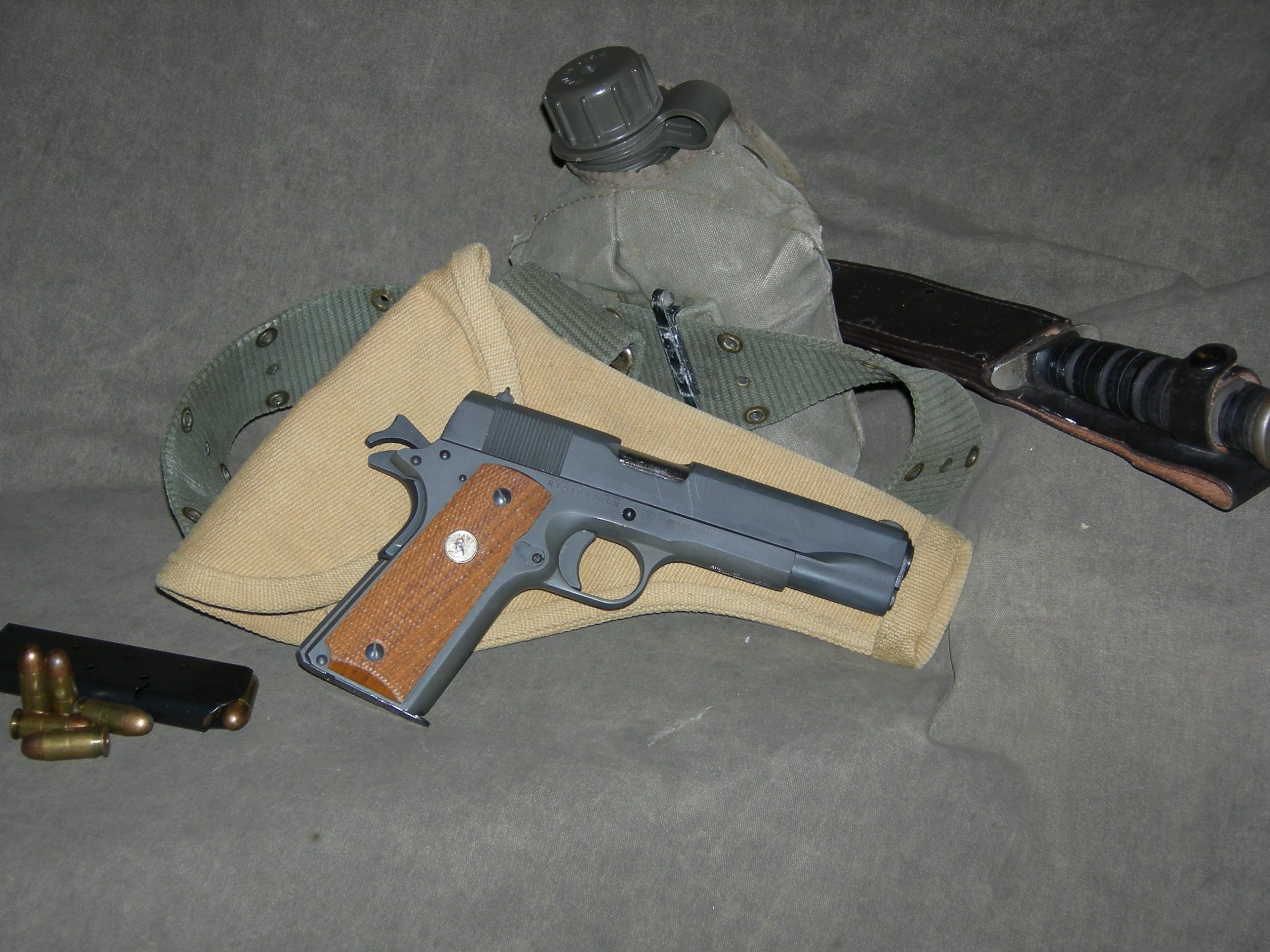 Gee Whiz Wally! Is that the Colt .45 the veterans always mention? That’s right, it’s the automatic pistol designed by John Browning and sold to Colt. After several models and modifications of the the original, the final version was adopted by the American Army in 1911 and therefore called the Model 1911. The Colt .45 of western legend was, of course, a revolver that fired a different cartridge. The modern cartridge is designated .45 ACP.

Another pistol seeing lots of use “in country” was the .38 Special revolver. I believe all the ones I saw were the S&W Model 10 as pictured here. This particular .38 was issued to a Navy pilot during the Korean War. 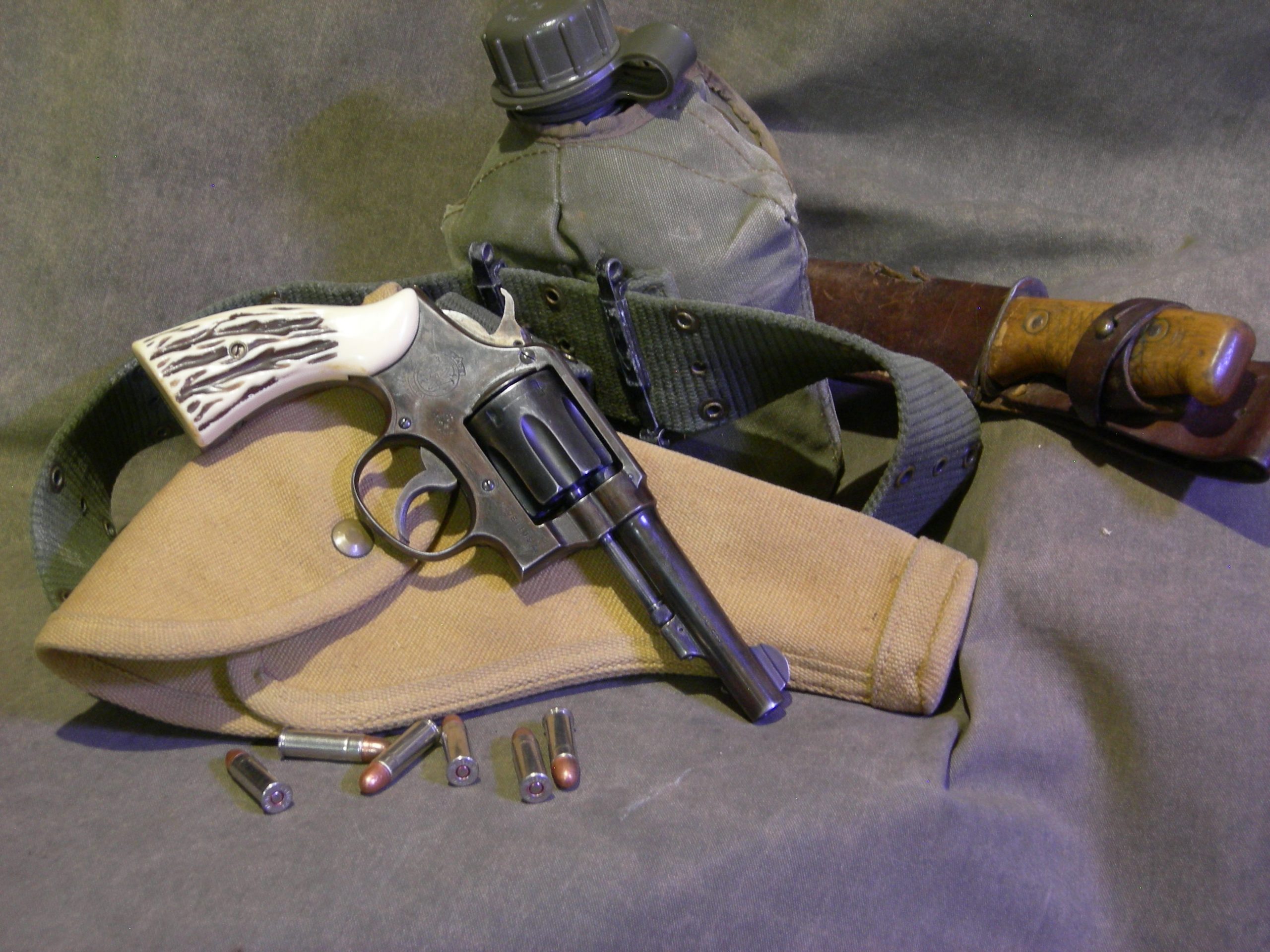 He customized it with some cowboy grips. The originals were walnut. It came in different barrel lengths, but as far as I know the military issue was always the std. 4 inch barrel.

I know you’re thinking, what about the M-16 and the dang AK-47? We’re getting there. It’s still early in the conflict.

On the communist side of the war, the SKS carbine was the workhorse for many years. Developed and adopted by the Soviet Army in the 1940’s and firing the Soviet 7.62 X 39mm cartridge, it was quickly replaced by the auto rifle we know as the AK-47. The People’s Liberation Army in Viet Nam was glad to accept all the surplus SKS carbines being shipped from the Soviet Union and Communist China. 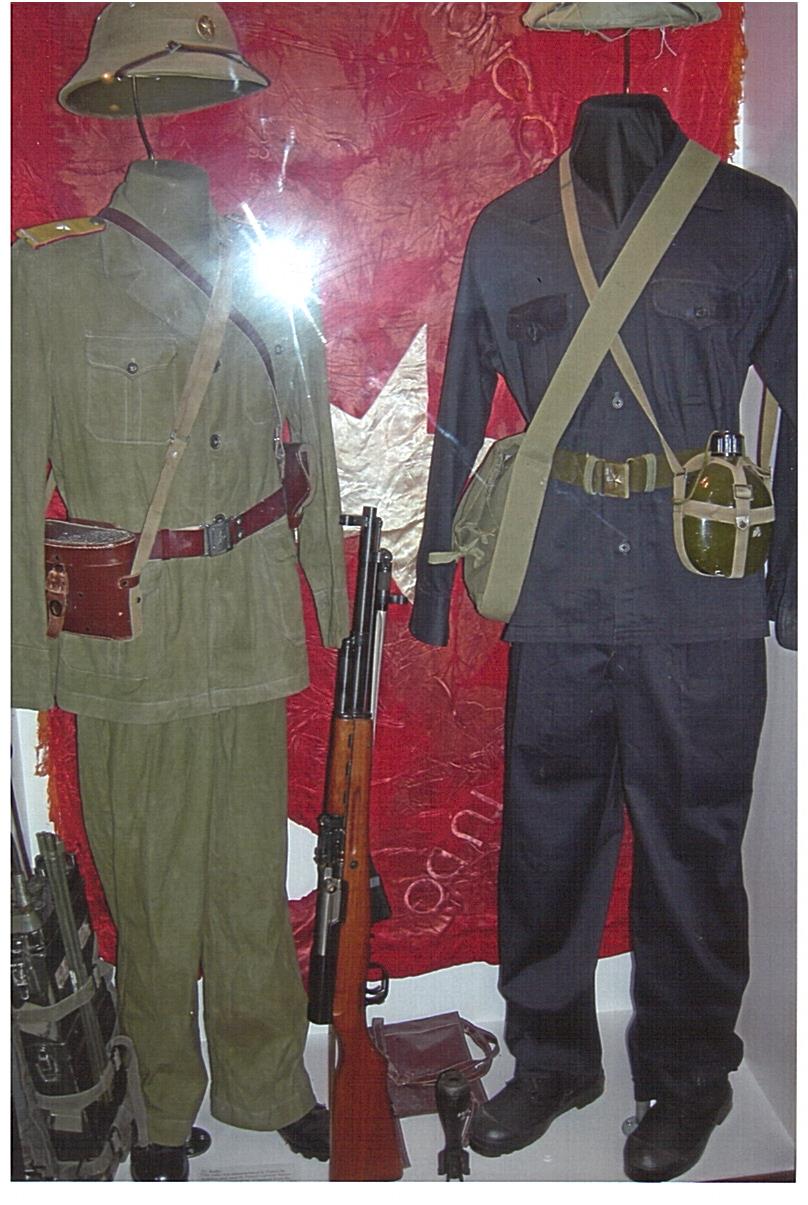 As the American war in Viet Nam grew in intensity, the Soviet Union and China were willing to pour supplies into the conflict including many small arms. This included the AK-47 rifle. Here is one with a folding stock. 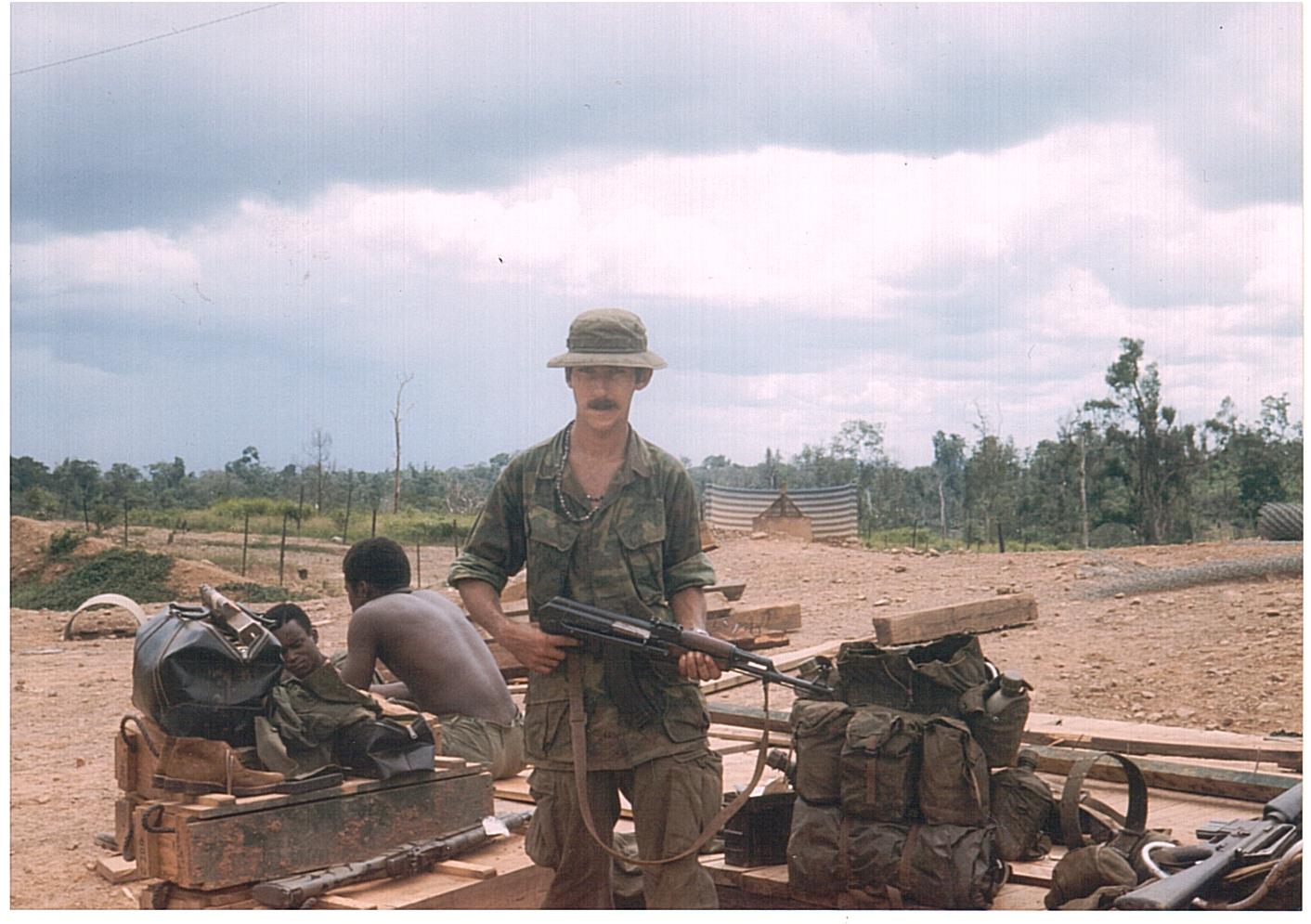 The AK-47 was developed by the Soviets following WWII and formally adopted in 1947, hence the name. After decades of use it is seen as the most reliable of the modern assault rifles in harsh conditions, or as my friend Derrick sez, “The bitch never jams!”

There’s a lot of history behind the development of this particular weapon. I will try to cover it as best I can. I will also avoid any personal prejudice I have towards this weapon. Just because that slut jammed up so bad I couldn’t use it on that rain soaked ridge in Cambodia doesn’t mean I will let it influence my writing…

That said, there has been considerable controversy regarding the development, adoption and use of this rifle. 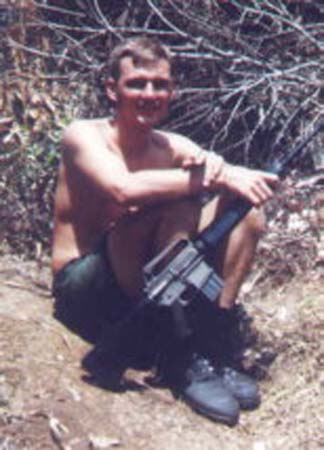 Buynak with his issue weapon.

In 1955 Eugene Stoner, a design engineer, was working for Armalite, a division of Fairchild Engine and Airplane Corp. He designed a light weight rifle with selective fire to shoot the NATO 7.62mm cartridge. It was designated the AR-10.

It proved itself well in trials: lightweight, easy to handle and soldiers were better able to control it on full auto fire when compared to an M-14. Still it was a new item and the M-14 was adopted by the US military.

In 1957 an army commander, Willard G. Wyman, had requested a rifle design in a smaller, high velocity caliber that would weigh no more than 6 lbs. when loaded with a 20 round magazine. The engineers at Armlite then produced an AR-15. Stoner oversaw this project and selected specific components and ammunition. This rifle performed well in trials with very few stoppages or problems. I believe these tests were conducted in 1958 and 1959. There was resistance to the use of the AR-15 from Army Ordinance officials and inevitable delays. But the US Air Force had shown interest in the weapon and conducted further tests and inspections and declared the AR-15 its “standard” model in January of 1962. The Air Force then took a step that later had enormous significance. On the advice of the Armalite Corporation, which owned the design for the rifle, and of Colt, which had the contract to manufacture it, the Air Force tested the ammunition that the Remington Arms Company had developed for the AR-15.

This was the good stuff! The Remington ammo.

After the tests, the Air Force declared the ammunition suitable for its purposes. In May of 1962, it ordered 8,500 rifles from Colt and 8.5 million rounds of ammunition from Remington. This really set things in motion and later the DOD shipped 1,000 AR-15’s to S. Vietnam to be issued to ARVN troops.

Soon thousands more rifles were being ordered by the Air Force and Army special units. The folks at Army Ordnance insisted it needed some changes or improvements and when that was done, it was adopted as the M-16 rifle. Unfortunately, this meant a change in the barrel twist and this is the “big one”, they selected a different propellant or powder because it produced a faster bullet or muzzle velocity. So the new rifles being shipped to VN in the early sixties were issued with a “ball” powder that fouled the gas system used in the weapons. 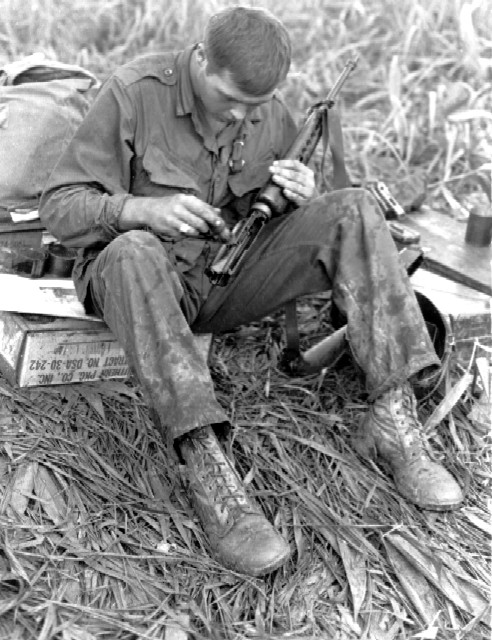